‘Nail Box’ is a sculpture greatly indebted to and influenced by the minkisi artifacts of central Africa. However, whereas the minkisi derive their power from their contents, ‘Nail Box’s’ presence comes from its adornment of carefully selected nails and rusty metal.
As is the case with many of Chisnall’s pieces, the found materials used in the sculpture’s construction were selected for their ‘resonance’ and collected over several years.
Whilst most of the metal items used in this piece were found in London, anywhere from the streets of Hackney to the inside of the Dome of St. Paul’s Cathedral, much of it was collected from the artist’s travels around Britain and abroad, including Europe, Mexico, the US, Cambodia, Thailand and India.
Considering the obsessive nature behind them, these sculptures can be seen as totems or magnifications of the ritualistic side of everyday life. Physical embodiments of the personal belief systems we all create around us.

A Fine Art practitioner with a background in book, magazine, and technical illustration; UK artist, Wayne Chisnall, is now more well known for his sculptural work, paintings, drawings and prints.
He is a winner of the Royal British Society of Sculptors Bursary Award with a solid history of exhibiting nationally (an example being the Victoria and Albert Museum's 'Baroque To The Future' exhibition, in which he exhibited eight sculptures) and internationally.

As well as exhibiting in museums and art galleries his work has feature in films, TV, books and magazines; including BBC 2's 'The Culture Show', Channel 4 News, London Live, and Channel 4's 'Four Rooms'. His sculptures have appeared in the feature film, 'Scratch', directed by Jakob Rørvik, and in 2013 he was commissioned to produce a series of paintings for the horror film 'Blaze of Gory'.

The artist's work is featured regularly in on-line articles and interviews, including two separate features in The Huffington Post.
Chisnall also organises and runs art/sculpture workshops for schools and businesses, including ones for ING Bank's London headquarters via the Royal British Society of Sculptors.

John Malkovich chose Chisnall's script, 'Doppelganger', as the winning entry in the 2008 Sony VAIO Scriptwriting competition. This script, along with Malkovich's was then turned into the short animated film, 'Snow Angel’.
“I’m going to go with the “Doppelganger” script. It’s clever, inventive, and somehow both surprising and inevitable. Very neatly done all in all.”
John Malkovich (4th Jan. 2008).

As well as working on his own projects the artist accepts commissions. His clients include The Vaults London, Brooke Roberts Innovation Agency, the luxury fashion brand Éthologie by Jasper Garvida, Mary Fox Linton, Andy Martin Architects, Converse, Dawood and Tanner, Domus, Ctrl.Alt.Shift, various private collectors, and the Ping Pong restaurant chain, for whom he designed the interior artwork and decor of their new restaurant opposite Wembley Stadium. 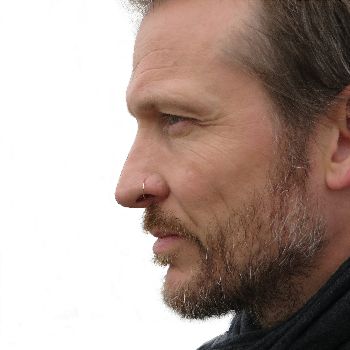 Much of my practice involves the reworking of found objects; objects that I feel have a certain ‘resonance’. By using materials already loaded with meaning and associations I am able to play with people’s expectations and create narratives that lurch between the humorous and the uncanny.

Memory, or its fallibility, is central to my work; as is evident in pieces that incorporate or recreate childhood artefacts. An important aspect of my life-size model kit sculpture, ‘And When I'm a Man, I’ll Think as a Man’, is its colour, which was chosen to match my memory of that of a childhood toy – realizing that the memory would have mutated; exaggerating its original luridness. In an age of fake news and perceived phenomena such as the ‘Mandela Effect’ I’m eager to explore the creative possibilities of misremembering and of outright fabrication.

As well as the obvious sexual interpretation of the orifice element that's emerged in many of my recent works, my main interest in the device, lies in it being the portal between the internal and the external.

Other reoccurring motifs in my work are the box and tower; pertaining to themes of containment, the urge to possess, and mobility.

Although not a film maker myself, my work has been influenced by my early passion for film and animation. This is evident in my archaic-looking tower sculpture, ‘The City,’ which echoes the same fairy tale or dream-like quality that is characteristic of the short films of animators such as the Brothers Quay and Jan Švankmajer.

“Chisnall’s towering wooden piece is made up of tiny display cases and cabinets made from found materials like skulls, insects and fossils, a kind of modern cabinet of curiosities. Or a nightmarish vision inspired by Jorge Luis Borges. He explains that much like the inhabitants of a big city, each compartmentalised environment plays out its own narrative, seemingly oblivious to that of its neighbour”.
Julia Kollewe (journalist – The Guardian & The Independent), 2009.

“Wayne Chisnall creates art that references such things as structure, time and Modernism as they pass through a very contemporary mindset that focuses on humor, transience, functionality and futility. There is also the presence of popular culture in his thinking, as he addresses the differences between reality and perception, and how that affects the needs, wants and even the formation of the human psyche.”
D. Dominick Lambardi, 'Repurposing With a Passion', The Huffington Post, 2014. 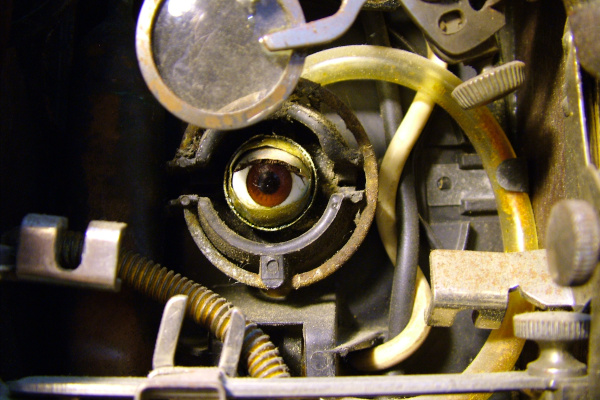 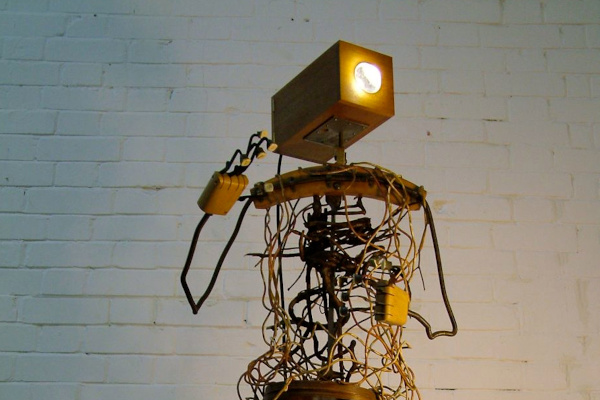 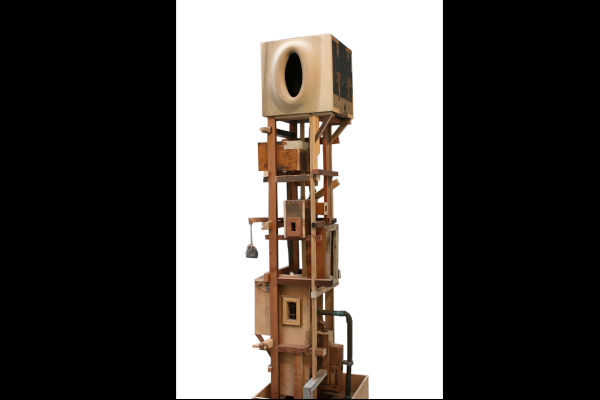 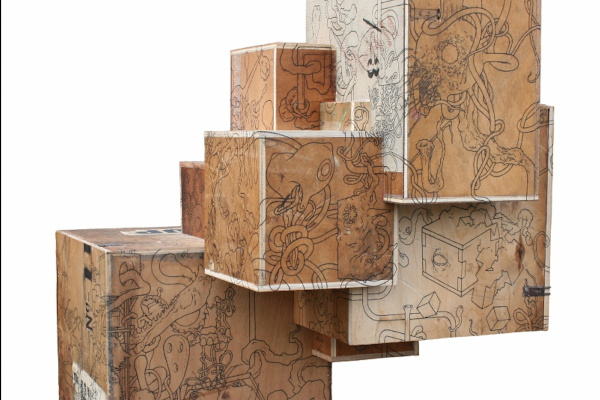 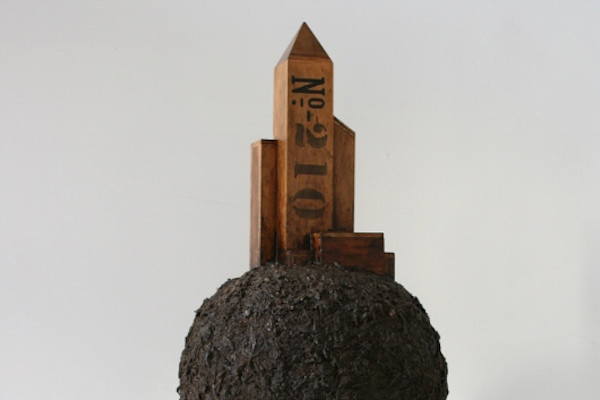